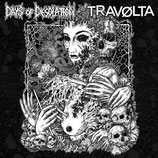 Inferno in Belguim: Grindcore/hardcore from Halen meets fastcore/powerviolence from Heist Op Den Berg. All in all 16 tracks. 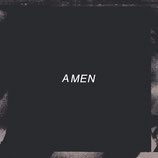 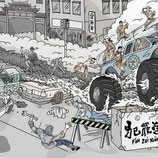 "The cover of the new spilt by Chinese Demerit and German thrashcore outfit SS20 is a throwback to that 1980s nuclear holocaust imagery—toxicity, flames, decay: the stuff of urban nightmares. A bulldozer covers a panel van with toxic ooze and trash; smoke billows in the background. People run for cover.And like its imagery, this three-song split from Demerit—their first release since 2008—channels bands from the era, including Misfits, Motorhead and Iron Maiden.The Beijing-based trio have come a long way since 2006—the 1000 BPM street punk microbursts of old have been replaced by increasingly-mature efforts like “Childhood Nightmare,” where a chanting chorus gives way to speed metal harmonizing guitar work before a delicate acoustic outro, accented with shuffling drums and babbling children, cleans the palette—think of it like wine tasting with the Misfits in that playground scene from Terminator II.“Barefaced Lies and Bullshit Peace” utilizes that same catchy speed metal riffing and gruff vocal posturing, while “Out of the Fog” is pure melodic thrash—laser-sighted guitars cut a clean swath through a murky punk undergrowth."Nevin / Genjing Records

"SS20 - presenting crushing punk and hardcore that mixes memorable riffs, aggressive vocals and metal-tunes. These three new songs sound’s way darker, more mature and textured. The lyrics are straight, facing the personal and emotional content. The vinyl keeps pushing, is still snotty and raw and has the power and energy of the debut 7" 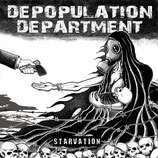 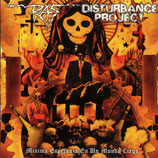 After stop Denak band, the guitar and drummer start disturbance project band, full of grindcore old school, in the other side after a lot years playing, touring around spain and europe, their record these tracks full of grindcore!!

24 songs for fans of old NAPALM DEATH/ DENAK/ WARSORE/ LOOKING FOR AN ANSWER!!!