Orbweaver - Strange Transmissions from the Neuroln
15,00 € 3 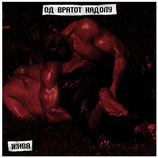 Od Vratot Nadolu were a bass and drums duo from Macedonia. They also played in Potop.

OVN made mammoth riffing powerviolent hardcore that is catchy and abrasive. 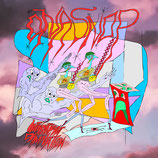 17 slabs of punk-dunked blasting fastcore pushed to its most visceral and deranged limits, served scalding hot at staggering pace. This is ONA SNOP, but not as you know it. 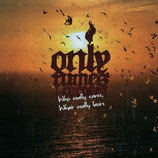 Only Fumes and Corpses - Who Really Cares, What Really Lasts LP

Formed in 2005 out of Galway Ireland, they are a 5 piece metal influenced hardcore band – words which tend to lead people rolling their eyes but this is the real thing. Heartfelt, heavy and without the veil of bullshit and auto-tune vocal choruses the more ‘metal’ side of the genre tends to spawn.

In this day and age there are so many bands that is hard to be different but little things like having some dub bits and the mixture of d-beat and hardcore makes the band stand out. They’ve played with every single style of punk bands possible, metal bands, stoner bands, indie bands, post rock bands, djs, acoustic acts, traditional Irish and Finnish bands... While most hardcore bands play hardcore gigs... these guys like to mix it up a bit, just to keep it interesting. 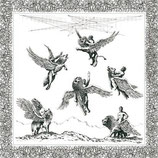 The Italian avant/cosmic-doom/core band is back with another monstrous release. Although the band has always been rooted in its hardcore attitude, its sound has continuously evolved during these years and Atlas Coelestis is just the outcome of this process.

Since the beginning of their decennial career, One Starving Day’s impact has always been definitely dark and claustrophobic, and their long suites alternate between hardcore/doom basic structures, cosmic openings, and deep and calm intimacy. Following the wide positive comments about their first album, Broken Wings Lead Arms to the Sun, the band has been described as a hybrid between Neurosis and GSYBE!. For this new release, called Atlas Coelestis, the band evolves towards a more personal song writing in order to design more particular musical landscapes. The album has been recorded and mixed by David Lenci at Red House Recordings and mastered at Chicago Mastering Service by Bob Weston. Atlas Coelestis sounds like a very particular mixture of sounds. Explosions of analogue synths, mystical patterns of harmonium and organ, fierce vocals full of anguish, delicate cellos patterns, eschatological tapes and samples, a solid rhythmic session, melodic and powerful guitars, they all characterize the complex sound of this album. The result is an amazing avantgardist mixture of different codes ranging from hardcore/doom to krautrock and contemporary music.

MP3-download included in all records. 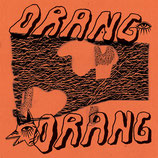 ORANG ORANG, consisting of members of the best bands that Göttingen/Bielefeld/Kassel have to offer, play a noisy weird & chaotic interpretation of hardcore / punk in the vein of early Ceremony or Trash Talk. What seperates them from the mentioned is the incredible voice of the singer, that's bursting of coolness and adds a good portion of manic pop to the music.

The record will come as one-sided 12" on orange vinyl in a screen-printed cover. This is the standard edition with black print on orange cardboard 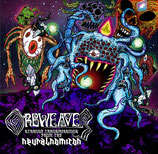 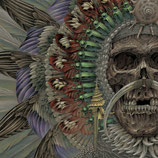 Since 2007, Ortega have been exploring the murky depths of humanity's longing for the horizon. Perilous courses which drag carcasses ashore, sojourns that tell of the bells that chime on the sands below, collisions of doom, sludge and noise that tell tales of abyssal mankind.
Now, Sacred States is the first glance upwards. But whereas the depths below are finite, the chasms above ridicule every human attempt to realise itself. Whether he looks above or inside, the void remains. The tentative grasps into the great unknown will never hold anything but pain, and Ortega recount every step into the understanding of this fate that we turn away from more often than not. The hollow is here: 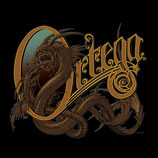 Ortega is a four-piece sludge/doom collective from the north of The Netherlands. Four men tell a tale of the sea. The sound is described as dark metal balanced with spheric soundscapes together with slow and heavy riffs. ORTEGA returns with their longest output so far, clocking over 18 minutes of psychedelic doom. The Serpent Stirs is a sonic voyage. A trial of battles with inner demons, which binds us in our mind.

This release is a one-sided 12inch with a great etching on the b-side. Total pressing of 300 records. col.vinyl 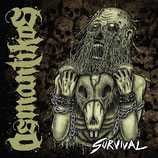 Based in Malaysia, since 2006, Osmantikos has been refining their Hypertension Crustcore style to its maximum potential. They've toured all over southeast Asia and Japan, dropping demos, 7"s, and splits at regular intervals, but have spent the last little bit quietly working on their debut album. Now that it's finally complete, a whole crew of us have teamed up to make sure it's properly distributed all around the world.  Osmantikos take a foundation of Tragedy/From Ashes Rise-style hardcore, with big booming production, powerhouse riffing, and desperate melodies. But Osmantikos channel this through leaner and meaner songwriting than normal, with a greater emphasis on speed and punk brevity. That's Hypertension Crustcore.  With making the jump from short demos and 7"s to a full 12" album, Osmantikos also keep one eye on sequence and mood, making maximum use of the space available to create a record that evokes atmosphere and emotion more than just being a collection of songs. Appropriate use of instrumental passages, samples, etc create an album that's brimming with the despair and desolation you can probably feel everywhere around the planet by 2019. 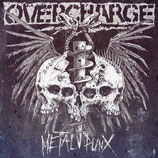 Drink down gasoline and start to a 30 minutes full throttle race towards head’s crack. Guitar solos will bang your head, bass will shake your bones and d beat drums will tear you finally down. 9 tracks of pure crust metal r’nr mayhem by the loudest power trio from Italy. Prepare to a hellraiser wall of distortion which bring you from angry sleazy speedmetal headbanging to rotten sick punk attitude!