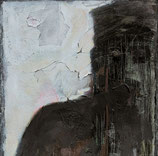 After a Split LP with Greek Grinders KVAZAR (here on 7DR) and a 4-way-Split 12” some time later they frequently got on the road and have played about a 100 shows all over Germany - with bands such as Fredag 13:e, Parasight and Yacøpsae, including tours with rha., Vladimir Harkonen and Sarkast. 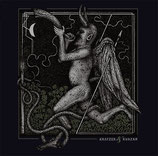 KRATZER are a young band from Hamburg from Hamburg, Germany, and play a brutal mix of Crust, Hardcore and (Black)Metal. Pissed off german lyrics with a strong socioplolitical theme , desperately screamed over a gloomy, dark and heavy, yet at times melodic wall of sound. Members have been in bands like Escapado, Resection, Shitstarter, Recite, so you feel that strong Punkvibe!

KVAZAR were a greek Grindcoreband, active from 1998-2011. The recordings were their last, but due to the leaving of the vocalist it has never been finished. Then Panos/ DEPHOSPHORUS came into play to record the vocals for this farewell release! Now it has everything a good Grind record needs: blasting drums, buzzsaw guitars and a sore throat! Coverartwork and layout by the amazing Viral Graphics! 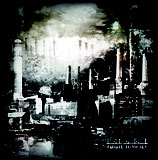 After years of silence, Stoke-on-Trent's Avant-Grind Noisefreaks KRUPSKAYA are back with a bang. 4 Tracks of relentless grindcore with math and noise influences, samples and mad chaotic blastbeats. FOIBLE INSTINCT from Kiev convince with 5 Songs of brutal Old School Grindcore. 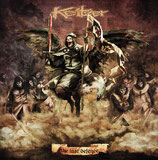 Great news reached us from the KEITZER front. The German blastbeat lunatics are back to burn the hell down with their brandnew 5th. studio album named „The Last Defence“. After the successfully last album „Descend Into Heresy“ from 2011 they present 14 new stunning and bulldozing tracks somewhere between Misery Index, Marduk, early Deicide etc.. Recorded mixed and mastered at Soundlodge Studio by Jörg Uken. Coverartwork by Florian Furtkamp.

„The Last Defence“ will be unleashed on July 18th. by FDA REKOTZ (CD/Download) and August 15th. by 7DEGREES RECORDS + EveryDayHate (LP).

The pre-sale begins right now, so feel free to hit the 7DR online shop, save your limited red vinyl copy.

With „Forever War“ we uploaded a first song to the 7Degrees Bandcamp player ! Play it loud, spread the hell and look forward to another Keitzer-attack !

03 - This Is The Only Solution 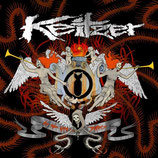 KEITZER - As the World Burns LP

THE COVERS HAVE ALL SPINEBREAKS!!

The third longplayer of this furious german Grindcore act. This band plays a deadly mixture of pure aggression, hardcore influenced guitar vibes and raging blastbeat fury. Doublebass driven moshparts and insanely fast blasts alternate with slower, gloomy melodic guitarlines. Think of a bastard of PHOBIA, NASUM, BOLT THROWER on speed and ACME, but still they play their very own style of music. This LP’s hilarious artwork was painted again by the great NECROBOY 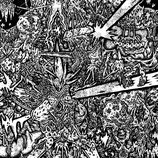 All musical decency ends here, in a formless and repulsive descent into complete aural torture. Karcavul are authors of an absolutely repugnant, vile, and nauseating splicing of death metal, raw sludge, doom metal, crust, and black metal that will find devoted admirers among fans of similarly wretched heavyweights like Dragged Into Sunlight, Coffinworm, Undergang, Coffins, Wolvhammer, Eyehategod, Noothgrush, Arkedeel, and the such. LP comes with a fucked up and disgusting collage insert/poster created by the band. 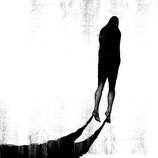 KHMER 'Larga Sombra' is a crushing first album with a great attention to detail, consistent themes and tone with enough musical variety in it's 25 minute run-time to satisfy any fan of high energy blackened crust or metalpunk!!

heavy 380g cover printed on the reverse side of the board

comes with a Bandcamp Download Code of the entire album 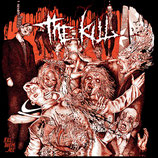 Suppress your happiness...The madness is back!!! 19 rounds of blast as fuck, chord butchering Aussie grind!!!

Loaded with a bag of insults..."Kill Them All" is another lethal dose of typical relenthless KILL style GRIND!!! Destructive musical violence!!! This album is set to smash its way through to the bitter end!!! 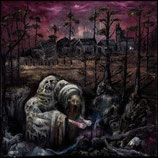 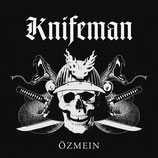 In the eastern regions of the Ukraine you will find mostly nice landscapes, broken nuclear plants and bloody political conflicts. Perfect breeding ground to form a really, really pissed hardcore band.
KNIFEMAN are a trio from Kharkiv and did exactly that. The mix created is complex layered on a base of stable and carrying bass guitar and drums . This allows the guitar to break out in a manner that shows a love CONVERGE and bands alike. Still KNIFEMAN always find their way back to a pounding dis-beat without becoming boring.
This record is a must for fans of bands like TOTEM SKIN or BACCHUS.

The A-side of this record contains the ÖZMEIN-album while the vacant space on the B-side is used for songs of previous EP’s which untill today are only available in digital form. 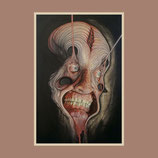 A trio from Aalborg, Denmark.

The last couple of years, KOLLAPSE have been focusing on writing unembellished, intensely personal and uncompromising music - with lyrics solely in their mother toungue - they take the plunge into existential crisis, isolation, love and death. Their journey continues inwards, plunging deeper into introversion and raw emotion. 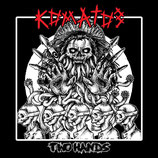 Influenced by old 80s thrashmetal riffing, these St. Petersburg Crusties d-beat the shit out of your brain. Brutal! 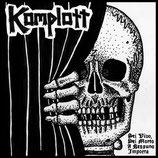 First record by this brand new band hailing from Bologna and Milano. Members of Giuda, Holy and Horror Vacui are hiding behind this ultra riverberated wall of distortion and noise. Fans of D-beat raw punk and old school Italian hardcore punk will be pleased to have their ears slaughtered by this sonic assault where you can feel the urgency of early Negazione.. 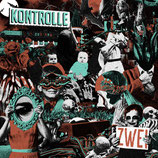 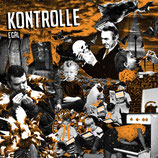 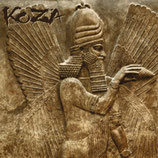 "...Clocking just over twenty minutes, this goat's varied attack weighs like a lifetime of bruising. The jagged guitars, spiked tempos, and misty morning sludge crawls hardly begin to illustrate all this sound delivers. Koza drag us to a steamy swamp on a journey that's part judgment, part ostracism, and wholly taxing on our brittle frames. This EP hits all points to remind us there's still no fuckin' around down South." - heavy planet 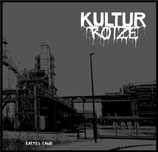 Dirty, snotty, angry and honest basement-/ deutschpunk, from the street - for the tsreet!

Comes in Inside Out- Gatefold Cover, + sticker+ poster 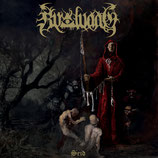 The unmistakable style of the Norwegian duo will take you in very cold atmospheres, impetuous rides and clearly epic parts. The atmosphere reminds the previous Malum album, but there is a lot more going on at all times. Haunting atmospheric touches and violent rhythmic elements produce something far bleaker and more unsettling than anything else.

Kvalvaag has this to say about the new album:

"When I started working on the new material, I wanted to surpass our previous work in every way possible. Much more time, effort and better equipment were used compared to our earlier works this time.

We also received financial support from "Norsk fond for utøvende kunstnere" who gave us the ability to give the album the production it deserved.

It was awesome working with Tom Kvalsonic as he is the man behind the sound of many of the albums we grew up with. He completely understood our vision and significantly raised the quality of the album. I feel we have successfully raised the bar as high as possible this time. We had to evolve a lot as musicians to be able to perform our parts during the recording. It has been a educational journey with a lot of hard work and technical challenges in the studio, but I am really satisfied with the end result and our musical progression 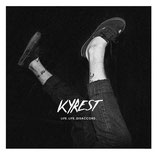 Kyrest are back and will release their second LP „Life.Life.Disaccord.“ on the end of january 2016. Dark, modern and emotional HC with hints of screamo and punk. Influences of CURSED or TRAINWRECK can be heard.