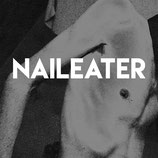 “We are Naileater and you are not.” So speaketh these Austrian peddlers of some especially pissed-off hardcore. If you’ve got 10 minutes and need a quick fix, here’s the prescription. The riffs are dark in tone and low in tuning, feedback is not in short supply, and the compositions are eminently headbangable. It’s unexpected that the third and final track stretches over 6 minutes, but here it’s quite effective, giving the group room to stretch out their ideas a bit, let the riffs breathe, and creating the impression that this EP is longer than its actual runtime. Good shit. FFO: All Pigs Must Die, Trap Them, moshable misanthropy. - Toilet ov hell 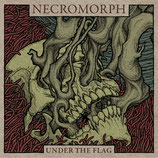 NECROMORPH - Under the Flag LP

So, but now full speed ahead. The Blast Division NECROMORPH is getting ready for the next attack! The new album '' Under The Flag '' is released on the drooling Grind pack. NECROMORPH from Berlin, over 20 years of living Grindcore in the old tradition of ROTTEN SOUND, GENERAL SURGERY, NASUM & REGURGITATE. After 5 years of waiting, there is no turning back.15 hot songs are at the start and the band has tricked everything in this acoustic outbreak of violence. In the 30 minutes, they not only combine good old Swedish Death Metal or Grindcore with maximum speed and extremely groovy riffing, but the five guys go on their chosen path and also incorporate more progressive elements in the intelligent song structures, so the '' Under The Flag '' at no time degenerates to one-sided bill orgy. All this is mixed together to an energetic mixture of the various types of extreme Musi(c)k and garnished with partly German texts. So turn your eyes and ears to this vociferous argument and secure it now. 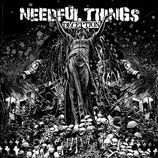 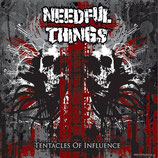 NEEDFUL THINGS have been bombing our ears since 1995. The second only album called "Tentacles of Influence" coming out now after several split EPs, cassettes, compilations and one album. NEEDFUL recorded 19 pretty furious grindcore tracks with a new drummer in well-proven Hell Sound studio. Get ready for a portion of a fast and very tough grinding!!! Limited to 500 copies grey marbled vinyl 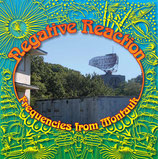 The kings of SLUDGE DOOM - established in 1990, are back in 2011 with "Frequencies From Montauk"

"It is going to be the best NR release to date!...Sludge out and DOOM on!"
KEN-E BONES 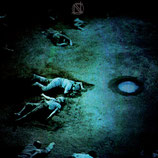 “this record is going to destroy many skulls, because it’s that brutal…;NEGATIVE STANDARDS are not to be fucked with. You can’t put their sound in a box at all, but I will say that listening to them is like getting your head punched in by a mammoth fist. raging aggressive hardcore with harsh vocals that slows down from time to time… you can hear the portland influence, but they are unique !” 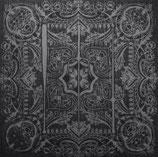 Fabulous new 12'' by Berlin' Screamo Punx NERVÖUS. Comes on heavy 180gr vinyl and with a b-Side screenprint. The cover has a nice relief print. handnumbered to 300. 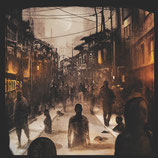 "It's been now ten years that Orleans, France's NESSERIA deliver some of the meanest socially-charged grinding metallic hardcore out there. Marking the definitive takeover of bassist/vocalist Julien on vocal duties, their second full-length «Fractures» shows the band at their most aggressive, combining hoarsely barked vocals with crushing, twisted riffs and pounding drums. Following 2009's self-titled debut and 2011's split LP with CTTTOAFF, these ten tracks were recorded on tape and mixed at Drudenhaus Studio (Aluk Todolo, Anorexia Nervosa) then mastered at New Alliance East (Converge, Gaza...). This is the record of a band that walks hand-in-hand musically and lyrically : intense and pissed as hell, straightforward while staying away from easy paths. No gimmicks, no egos, no frills, and nothing to share besides their cold, hard views." 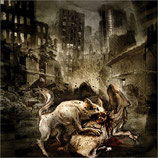 If you are new to NESSERIA, prepare to be possessed by one of the most raging slabs of creative metal you’ve heard in a while. Their self-titled album takes you on a demented 30 minute rollercoaster through madness. The opener "À Ceux Qui Nous Ont Lachés" flys out like a demon escaping from hell. Churning guitars and blastbeats mix with dire vocals full of pain. This is not a pretty song. This is not a pretty album. And that’s why it’s so damn good. (Dawn Of The Deaf) 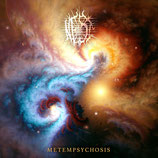 NEST crawl from a light-forsaken oubliette of hideous malformed space time and burrow directly into the neck-snapping sub-cortex of the modern sludge troglodite's brain.

The American guitar/drums duo generate the kind of sounds you might expect to hear echoing from the mouth of some abyssal gateway, fluctuating between rhythmic, pulsing riffs as of something dragging itself across the floor and the throat shredding howls of a black metal cacophony, struggling against the wind of the void.

These guys create something special within the heavily saturated Sludge scene. If pressed to come up with a genre for this release you might say it was noise tinged, blackened sludge-doom amongst others.

That might sound like a band having an identity crisis but the Kentucky two piece present an album here with 'Metempsychosis' which is absolutely thematically and musically coherent.

It embraces the dichotomy of being both abrasively ear shredding while simultaneously pulling the listener in with the promise of headbanging riffs fit to give anyone a taste for mosh coupled with dynamic performances and a serious sense of scale.

Everything on this release sounds huge.

The guitars feel like they were recorded at a distance, possibly deep underwater, and have thick black ink dripping from every note.

The drums reverberate like the blows of someone carving stone.

Over it all the vocals are suprisingly present, tying the listener to the immediacy of the sound while simultaneously evoking the bleakest black metal and sludge records.

Moments of Khanate and The Abominable Iron Sloth collide with Celtic Frost and an ever present sense of dread throghout.

Certainly one to pickup. Certainly impossible to ignore once heard. 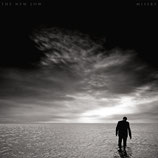 The newest opus from Danish rock ‘n’ metal band hit the streets on the 6th of February 2012. The band has evolved from their years as a hardcore band in a more metallic direction, and the result is a new bleak album with lots of character and profound darkness. The album “Misery” by The New Low marks the return to Schizophrenic Inc. and the style that drew attention to the label was something new and interesting in the Scandinavian hardcore/metal scene. The band combines the rock ‘n’ roll hardcore sound of J.R. Ewing, the bleak and depressive sound of Gallows and finally the “don’t give a fuck” attitude of metallic rock ‘n’ core band Every Time I Die and the vocal parts of Blacklisted. The mentioning of the pissed-off and sometimes humorous band Every Time I Die is no coincidence, ‘cause the record “Misery” was mastered by none else than Alan Douches of West West Side Music (Dillinger Escape Plan, Every Time I Die, Agnostic Front, Misfits, Mastodon etc.) The group recorded the record live in the upcoming studio SomeStudio in Odense, the hometown of these hardcore individuals. It went really well with the recordings and mastering: the result speaks for itself, so give it a listen!

1,5 mg Rivotril. For kids into: J.R. Ewing, Entombed, Every Time I Die and Blacklisted.

From the ashes of the criminally underrated Old Soul out of central Michigan, a new project is born. That project is Niboowin, who play a mix of hardcore, black metal, crust, and madness, all under the auspices of screamo. Breathing, their initial release, gives the listener very little time to do just that. The album is as non-stop as it is furious. 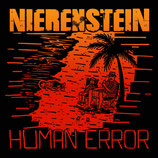 New LP from this band from Dresden. Fast and raw Punkrock with authentic lyrics about the problems in our world and about beer. 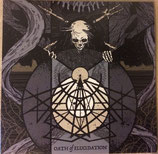 Here it is, after 2 years of recording, then re-recording, the Nightkin Oath of Elucidation vinyl is finally here. Your choice of vinyl color, translucent gold, or classic black. Digital download included. 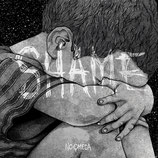 No Omega is hopeless and heartbreaking doomsday hardcore punk. Since their forming in 2010, No Omega have been working hard on creating a sound that's both vibrant and melancholic. The idea of No Omega is to fuse a furious hardcore sound with a sludgier, more dark, melodic and resolute post-metal sound. No Omega always aim at writing something new; something that doesn't sound like everything else. The guitars are heavy, the vocals are filled with power and emotion, and the drums shift between straight up thrash/punk to lumbering and brooding metal. A lot has happened since 2010 and the band has managed to form a pretty solid foundation to build upon. Both the music and the lyrics are more experienced. It's a lot more polished and finished in a fashion. The love for experimenting is still there. The love for expressing angst and fixating on the darker and more negative aspects of life and of our species is still there. The love for heavy and melodic post/modern hardcore is still there. 2013 will be a year of constant touring and taking No Omega to the next level.

• Recorded and engineered by Erik Lindbergh at Ljudkross

• Comes on 180-gram heavy-weight black vinyl and housed in a reverse-board jacket. Sticker and poster included with each vinyl. 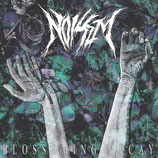 Baltimores Noisem returns with their highly anticipated, sophomore LP "Blossoming Decay." The bar has been raised with nine frantic and furious new tracks that blurs the line between grind/death/thrash metal and punk For fans of Terrorizer, Repulsion and Slayer. 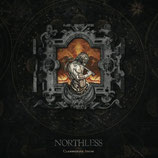 With "Clandestine Abuse" the band's intensity is captured on record, at long last. Since adding two additional members to the lineup (the band started as guitar/drum duo) Northless has expanded on their original style of atmospheric sludgy metal and gone beyond the barrier that holds lesser bands back. This progression enabled Northless to break through into new territory and write truly exceptional songs, more focused, more dense. "Clandestine Abuse" might be one of the most misanthropic, angst-filled albums I've ever heard, but it never fails to instill a feeling of hope in the listener. A hope that a band can draw upon familiar influences and personal experiences, draw on them and combine them to create something that breaks the mold of slow & heavy music. 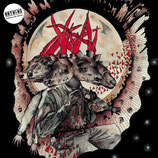 berlin - two years ago - germany's "aged" punk/Hardcore veterans from Highscore, Mönster, Costas Cakehouse, Durango95, Bombenalarm & Situations are lost in a foreign city - with no hope and only one love left. Nothing is born, Nothing is saviour, Nothing is HC/Punk deluxe. Think of Poison Idea with a metal-shredding edge! This is power, this is fun, this is drive passion with pissed of lyrics. Less TRBNGR and more thrash than debut record! If you need a good and fresh punk record for 2012, get this one! 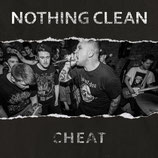 From the UK's blackened core (aka Leicester) comes Nothing Clean, whose members have spent time in such excellent outfits as Mangle, Hangover Heartattack, Diet Pills and Meatpacker. After a number of split EPs this is their first album proper, with some songs making a reappearance alongside brand new ragers. For a minimal outlay you get maximum bang for your buck with about forty songs in 20 minutes. Powerviolence is the word, bordering on grindcore at times. This is legitimately vicious, intense stuff, allowing itself little room for variation but instantly establishing this quartet as one of the Shittish Isles' finest, fastest hardcore combos. Bordering on grindcore for sure, Nothing Clean are honouring the spirit of the most insanely compact West Coast powerviolence bands of the mid-90s: Spazz and Lack Of Interest, particularly. 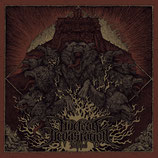 From the opening notes of ''Inferno'' you’ll know that this band is taking no prisoners. Inferno is a Blackened Thrash infused Dbeat onslaught on your senses, and just the thing you need to release any pent up aggression!