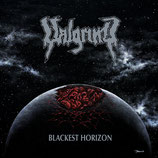 
One year after the release of the "Seal Of Phobos" EP, the Italian combo Valgrind return with their Old School Death Metal formula full of ripping riffs, harsh vocals and tons of memorable solos for their third full length "Blackest Horizon."

Valgrind was born from the ashes of the ultra-underground act Necrospell in 1993 as a Death-Black project with both extreme and melodic influences. During the following years the band released four demos and developed its own style, combining the main influences (early florida Death Metal) with a strong sense of melody and a passion for the dark atmospheres of bands like Candlemass and early Paradise lost. Valgrind disbanded in 2003, but the strong will to return on stage of both founding member and main songwriter Massimiliano Elia and vocalist Daniele Lupidi (also frontman of Hateful) made the return possible in 2008. 2012 was the year of their debut album "Morning Will Come No More", almost one hour of classic Death Metal, filled with killer solos, memorable riffs and obscure vocals.
With a renewed line-up (featuring Gianmarco Agosti from... the italian hardcore legend Raw Power) Valgrind performed at many important shows in Italy, Germany, Holland and Sweden. In 2013 the band started working on the new album, entitled "Speech of the Flame", a very aggressive, yet diverse and dynamic collection of songs. The music strays away from the early influences to become more personal, while the lyrical concept deals with the darkest sides of the ancient mediterranean civilities.
in 2016, Umberto Poncina (ex-member of Unbirth/Demiurgon/Saturno) replaced Massimo Vezzani and contributed to the realization of the EP "Seal Of Phobos" that was released in 2018 for Everlasting Spew Records as a sort of appetizer for "Blackest Horizon." 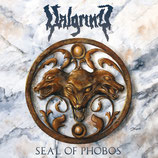 Italian Death Metal worshippers VALGRIND return one year after their widely acclaimed "Speech Of The Flame" with the new blood claiming EP "Seal Of Phobos".

Vocalist & bass player Daniele Lupidi states:
"This is probably our most aggressive material to date. All of the four tracks are extremely intense and we decided to go with a different vocal approach for every tune to give each one its own strong identity. We're also extremely happy to have Jonny Petterson (Wombbath Ashcloud, Henry Kane) doing some guest vox on "Ekphora's Day". Last but not least, this is the first studio appearance for our new guitarist Umberto Poncina, who also engineered and mixed the EP." 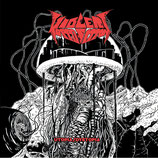 The 5th full length from California's VIOLENT OPPOSITION. The album was previously available only on digital format. A vicious mix of grind, death metal, hardcore, punk and jazz minced into a pungent gruel. Tons and tons of riffs, VIOLENT OPPOSITION have created music that takes you on a psychological journey and rewires the brain! Includes Damian known from such bands like BRED ON DECEPTION, BAD ACID TRIP, LACK OF INTEREST, SELF INFLICTED, PROGERIA... For fans of AGORAPHOBIC NOSEBLEED, PSUDOKU, ANTIGAMA, NOISEAR, AVULSION, PARLAMENTARISK SODOMI, PIG DESTROYER, SUFFOCATION. 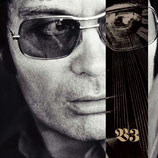 The third album from Viscera/// is an extremely impressive and enjoyable listen. With variety, depth and a comprehensive tour of the extreme metal landscape, this is an album that'll be ruling my playlists for quite some time to come. An essential listen for fans of underground hostility. 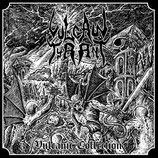 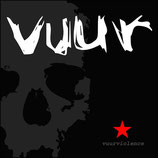