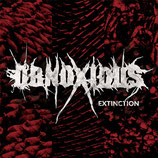 Thrash Death metal from Lyon France with members of  Warfuck.

FFO: At The Gates, Carcass… 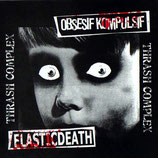 This album describe two groups of young peoples from different parts of the world, highly spirits to playing musical insanity. Elastic Death comes from Brazil play American latino thrashcore and Obsesif Kompulsif from Indonesia play thrash/grind. These materials from both is very fast and wild. 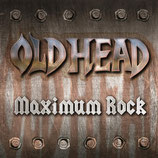 At war with false noise: Here we go, start 2012 as we mean to go on! This is possibly one of the most atypical of At War releases so far in that it's not got any experimental basis to it at all and well, it does exactly what it says on the tin: MAXIMUM ROCK. I kinda feel that AWWFN is my label and so it should reflect my tastes to a large degree, and so "more metal" may indicate the general trajectory the label is going in.

Anyway, enough of the bullshit: Old Head are fucking great! Essentially this is grind maniacs TOTAL FUCKING DESTRUCTION playing a great fusion of early 90s-style thrash and classic rock stylings, with the inimitable Megadan Tumelo on vocals. Just check the back cover of the CD: Dan has the HEAVY METAL comic logo tattooed on his arm: nuff said! Anyway: to the music. Old Head's roots are most defiitely in 70s rock; the three covers on this record are testament to that: "Fat Man" by Jethro Tull, a refreshingly non-obvious Sabbath cover in "Rock And Roll Doctor" and my favourite, a thrash re-imagining of CSNY's "Cut My Hair". Maybe it's the sentiment but that song is just a belter! OH have their own style though, and that is brilliant catchy riffs, superb tight-as-fuck drumming (Rich Hoak - you may have heard of him - his day job is to pound the skins in on the of greatest grind bands ever, Brutal Truth), great sing-a-long heavy metal choruses (as they should be!) and superb, really beefy production.

This record basically had me feeling like I was a teenager again, and at a time when trends just seem to be dictating the music industry at a major level and in the underground, Old Head play what they like to play because they have to, and I am absolutely 100% behind that!

"We are a band called Old Head, taking rock and roll back from the dead 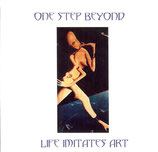 One Step Beyond are not unlike a serial rapist and murderer hiding in the shadows. Equally twisted as they are depraved, they choose to dress up their bewildered victims in bizarre clown costumes and heavily dose them with LSD, forcing them to dance to a soundtrack of slightly off-key circus music for days on end before they finally grow bored and dispose of their catch in an unequivocally brutal manner.

That is the concerning mental image that is forced upon me from listening to One Step Beyond's Life Imitates Art; a refreshingly experimental and unique take on the death metal genre. Driven by impeccable bass-guitar work, One Step Beyond balance equal parts of brutality, blasting, groove and unabated catchiness while splicing elements of modern and more classic extreme metal and a flair for incorporating a wide range of experimental influences including (but not limited to) circus music, rock n' roll, reggae, ambiance, psychedelia and style-oozing, slap-bass porno-funk that would leave Les Claypool feeling inadequate.

What is perhaps most surprising of all is that this unconventional meeting of genres works perfectly. Inexplicably, One Step Beyond have succeeded in melding a slew of non-metal musical elements into a death metal framework with seamless coherency and musicianship. Nothing in Life Imitates Art sounds out-of-place, forced or awkward - which is a truly remarkable accomplishment. A generic gore/rock band this is not.

Major identifiable influences include the fun-loving murder metal of Macabre, the depraved surgical groove of Carcass, the rotting death metal of Obituary, the slap bass-driven Primus and the catchy rock and grind of Blood Duster, alongside a penchant for the experimental that brings to mind Mr. Bungle and the relentless slap-bass death metal of Mucopus. There is something in One Step Beyond for all fans of metal; so waste no time in experiencing the twisted acid-soaked metal vision of Life Imitates Art. Ahead of it's time in every sense. 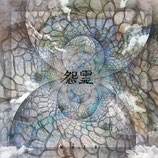 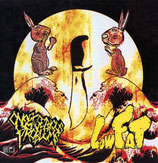 duo member (vocals/guitar & drums), their old players in the scene with a lot of experience ... ONSET OF SERIOUS PROBLEMS play powerviolance meet fastcore with hyperblasting part from Jakarta, Indonesia. meanwhile LOWFAT play hc punk with japan thrashcore taste from Bangkok, Thailand . This album with new material from both bands.!! bite & kick yer ass .... course is highly recommended for inclusion into the album collection ... you should get it.!!