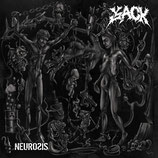 JACK are here with their second full length from Hungary! Blazing and blasting grindcore / crossover thrashcore done in a very unique way. The feeling of the old school is very evident here and brings to mind PHOBIA, and NAPALM DEATH. Pure thrash grind, still combining metal, and hardcore. This shows a lot of growth for JACK. 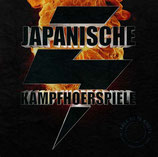 The first songs they ever have recorded are now re-recorded and the first time on vinyl. Technical Grind/Metal from the Ruhrpott area on highest Level. 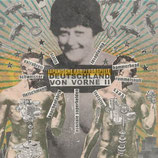 After the reunion last year and their regularly album the band releases another cover album. 11 german songs from bands like Knochenfabrik, Toxoplasma, S.Y.P.H. or Hammerhead are recorded in the typical JaKa style and with guest vocalists. Finest technical Grind/Death on colored vinyl. 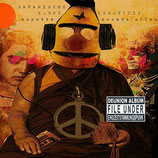 Did you hear that loud, ear-piercing, grinding BAMMMM? That was the soundtrack to JAKA's final, ultimate band meeting. We'll spare you the details and go straight to the nitty-gritty: they split. On "KAPUTTE NACKTE AFFEN", they strut their stuff and deliver the goods for the last time. Music-wise, it's yet another direction, but don't you worry - all the JAKA trademarks are still there, including the well-known, beloved blunt & brutal lyrics. Due to these apocalyptic texts, the abum was almost titled "Fertig mit die Menschen" (Done with people). But that would have been too close to JAKAs 2003 cult EP "Fertigmensch", too much back to the rotten roots... Only bands without visions do "back to the roots" things - so JAKA threw that idea in the bin very soon because for their last output, they have had a lot of ideas indeed. Anyway, so "KAPUTTE NACKTE AFFEN" it is, and since "KAPUTTE NACKTE AFFEN" is the final kiss, the subtitle is "the deunion album". Once more, for the record: "KAPUTTE NACKTE AFFEN" is the last JAKA album. Enjoy the experience - JAKA will be sadly missed in the universe of craziness, the world of madness, and the realm of the bizarre. Over - and out. 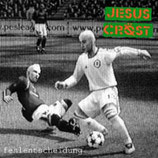 Holland’s best PV/grind band. This is their first real record. 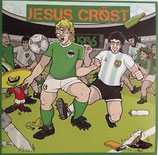 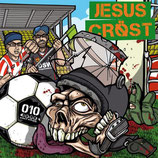 This is their first record rereleased as a pink vinyl with a screen printed b-side. 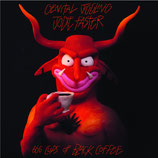 Is this hardcore, punk, fastcore or powerviolence? This is Genital Jodie or was it Jiggling Faster? 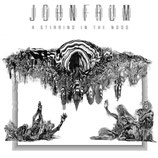 John Frum - A Stirring In The Noose LP

The patron saints of altered states known as JOHN FRUM welcome in the golden age of musical enlightenment with A Stirring In The Noos. Nearly 6 years in the making, JOHN FRUM’s unorthodox debut maneuvers through 40 minutes of darkly psychedelic and meticulously crafted death metal, acting as a medium for malefic musings, the backdrop of a bad trip. JOHN FRUM borrows its name from a relatively isolated group of natives in the South Pacific islands, known as a Cargo Cult, whose encounter with the outside world led to an awakening of new beliefs and lifestyles. The mysterious JOHN FRUM is the manifestation of four musical minds coalescing in a collective consciousness developed from time spent playing with The Dillinger Escape Plan, The Faceless, John Zorn, Cleric and many more elite projects. A Stirring In The Noos is a dismal distillation of oneric transmission and a totem to modern primitivism in heavy music. 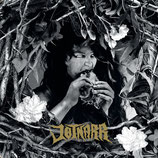 way too long in th making this epic masterpiece is finally out. Jotnarr pulled it off to capture their amazing live sound feeling to these heavy as fuck recordings. Somehow stuck between “scenes” these three legends never got the attention they deserve, even though they combine just the best of genres like the heavy gloominess of doom inspired metal riffing with the speed and roughness of black metal or heavier emoviolence bands like shikari with enough melodies and layers to even please the boring “post-rock” audience. 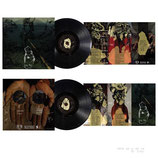 this has all you expect from this great band - an emotional apocalyptic journey that sounds more desperate and anxious than ever! a heavy monolith that continously builds up tension and beauty just to unleash hell in an intense eruption - giving you a glimpse of hope just to drive you to despair in the end!