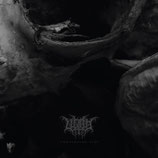 ULTHA's second full-length album 'CONVERGING SINS' is a 63 minute rumination on the subject matter of how past events and wrong decisions will echo throughout the rest of our mortal existance.

Over years experiences of failure and the conscious ability to willingly commit mistakes, to hurt, to reject,

to alternate truths etc. lead to a path where silence in and around you is the ultimate repercussion. The

record is a testimony to everyday melancholia, inner solitude and the human struggle to lead the wrong life in the right, the struggle against your animalistic nature.

On their second album ULTHA further their trademark sound of fast, hypnotic, reverberant Black Metal in a more US traditon played by acts such as Ash Borer, Weakling, Leviathan and Wolves In The Throne

Room. It is combined with crushing Doom heaviness close to acts such as Lycus, Asunder and Forn while also blending in an overall hopeless and gloomy atmosphere mostly connected to Dark Wave bands such

as The Sisters Of Mercy and (early) The Cure. The 2016 EP 'DISMAL RUINS' already showed the path ULTHA follow, adding multiple layers of electronics and slower passages in focus on overall diversive, captivating songstructures in mix with their juggernaut sound.

The five songs reach lengths up to almost 20minutes while still balancing repetition and settle nuances in riffs to manifest melodies like echoes in the listeners head. And this is a thing ULTHA were good at right from the start: Writing real songs with tons of melody without lacking heaviness and urging intensity. The focus is always on the overall flow and feel of the record. Therefore the music, the metaphorical, cryptic lyrics by main songwriter R.Schmidt as well as the artwork (envisioned by Kevin Gan Yuen of Sutekh Hexen fame) need to be treated as a whole entity.

bands own Andy Rosczyk in Cologne (Germany). Mastering duties this time were taken by Jack Shirley at his Atomic Garden studio (California), where he already formed the massive sound of bands such as Lycus, Oathbreaker and Deafheaven. On track No.2 'Mirrors In A Black Room' the band could win British native currently residing in Berlin (Germany), Rachel Davies of the acclaimed post-punk/wave band Esben And The Witch for guest vocals. But she not only sang but also co-wrote the lyrics to the song. 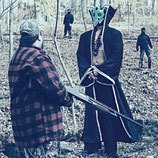 Behold the debut EP of ULTRAMANTIS BLACK, the hardcore punk band created to spread the gospel of professional wrestling champion UltraMantis Black. Having spent over a decade dominating the Chikara wrestling scene, UltraMantis teamed up with members of the beloved punk band Pissed Jeans to form a blistering political hardcore band that is equal parts The Locust, Deadguy and Melt Banana. Imagine the best parts of 90s militant straight-edge hardcore filtered through the over the top theatrics of pro-wrestling and you have ULTRAMANTIS BLACK! 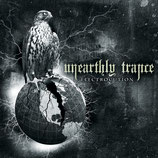 Brooklyn trio Unearthly Trance is like the Melvins-meet-Venom hopped up on Maker's Mark. An epic, impassioned piece of work, Electrocution oozes with mysticism and a palpable sense of purpose behind an imposing wall of gut-level riffing, canyons of low-end and pounding drums. 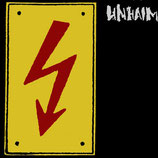 It finally happened after having been in the works for ages! After four songs on a seven inch some time ago Unhaim have only one guitar player left but also a new singer, and here we go for the first album of the band. Crustpunk as it has to be: Slightly (only slightly!) metallic, not too polished and a healthy dose of punkrock! No neo-crust here, but also not monotonic ENTlike noise. Lyrics are mostly in Swiss German, and there’s a sample here and there as well…the music’s on three sides of this records, go figure! And you even have the titles on the vinyl… Maximum Rock’n’Roll: A really great debut 12’’ by this Swiss crust band is their second release since their formation in 2003 by members of Pack, Lost and Brutal Massacre. While not really sounding like Born Dead Icons, the eleven tracks here inhabits the same grimy corners of low-end down-tuning played at low-to-mid tempo, backed by a pounding solid drum beat and gravel vocals. Centering on dark mood as much as overdrive of straight ahead attack, it’s a powerful record in it’s a balance of dark, haunting riffs with simplistic brutal pounding and a unique that fulfills the conventions of genre but doesn’t fit easily packaged within them that it demands repeat listens. The actual “packaging” however itself is a gimmick record to end all gimmick records: A 12’’ with a screen printed jacket with printing on the inside, a triple sided (with an alternatively playing grooved third “side”) mastering job, one side given wide bands like the original Initial State LP, with inscriptions between tracks and other unnecessary bells and whistle silliness that make it an interesting artifact…but leave me kind of unsure if any of these things really add to the overall experience, or just there to do something unique for its own sake. None distract from the music – luckily all the mastering tricks still leave you with a pretty loud record – lyrics are mostly in German except for the three “side C” tracks. 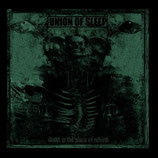 UNION OF SLEEP - death in the place of rebirth LP

DOOM/METAL/ROCK. After last year's self-titled debut, UNION OF SLEEP deliver their 2nd release "death in the place of rebirth". Yet again they dish out uncomplicated, riff-based songs and solos which are obviously rooted in rock, but they come with a doom-metal, sludge and even a hardcore edge. Ruder and more decisive, this record punches like a steam hammer! Besides the essential sludgy, heavy riffs and fucked up atmosphere, you will discover a lot of subliminal grooves, too. Be aware of eight beastly fuckers, raw and crude, from the lowest instincts of mankind. Comprehensive yet refined, the union of extreme influences, instinctual prowess and rugged beauty on "death in the place of rebirth" is nothing less than impressive. If you have any sort of neck, "death in the place of rebirth" will force movement out of your head - in an up and down motion. Tech-metal freaks and hipsters alike will pretend to hate it, but they'll be missing out one of the year's best albums. Imagine THE MELVINS committing fornication with NEUROSIS and you'll get a slight idea of what it's about. LP comes with 350gr thick inside-out cover, and inlay. 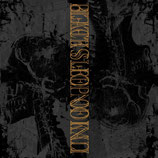 DOOM/SLUDGE-METAL/PROGRESSIVE-METAL. First of all - this is not a record for speed fanatics - both bands like it slowl. UNION OF SLEEP from Hagen/Berlin should be known for their previous full-length releases. If you dig really groovy, down-tuned sludgy doom-metal, then look no further. If the likes of BUZZOVEN, FUDGE TUNNEL or 16 make you excited, then UNION OF SLEEP won't disappoint. Their 4 tracks have the right amount of rocking catchiness, heavy southern boogie, blues riffs and gruff booze drenched vocals. They're mainly mid tempo-ish but contain plenty of left hand turns to keep your interest - a hard-hitting riff festival over all. Denver, Colorado's quartett BLACK SLEEP OF KALI are by no means a retro band. They deliver 4 pulverising, uncompromising songs, with aggressive groovy riffs, post-metal aesthetics and influence minus the monotony within this genre. Their hybrid of post- and progressive-metal constantly balances a tightrope between mid '90s apocalyptic NEUROSIS' "times of grace" era and modern progressive-metal on a par with MASTODON, BARONESS, or HIGH ON FIRE. Each of the songs are a carefully woven collection of massive riffs that flow - BLACK SLEEP OF KALI know what they’re doing. Both bands have done an impressive job of adopting several aforementioned genres. There’s really no filler to be found here. All of the tracks are knockouts. LP comes with eyecatching artwork, thick inside-out cover, black innersleeve, lyricsheet and includes a digital download card 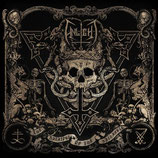 UNLIGHT - the katalyst of the katharsis LP

Four winters has passed since the release of “Sulphurblooded”, UNLIGHT` s previous record that saw the light of day in 2010. As all their releases, this as well received critical acclaim and great feedback from fans all over the world. For almost four years, they have been writing their latest epos. Finally, they return with their 6th full-length effort “The Katalyst Of The Katharsis”. UNLIGHT still sounds as fierce, cold and intense as before, but with even more massive/melodic guitars, aggressive bass-lines, fast forward drumming and harsh vocals. UNLIGHT is aiming for the top with the release of their new masterpiece. They have no doubt grown a lot throughout their career and have finally managed to develop their sound into perfection. This is great Black Metal… 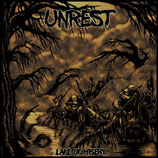 CRUST/GRIND-HARDCORE. UNREST is just pure brutal force and annihilation constantly smacking your head against a wall. This LP is a ferocious blow to the kidneys: fast, dark and energetic. UNREST manages it to take the the raw power from scandi-crust bands like SKITSYSTEM, MARTYRDÖD or early WOLFPACK mixing it with the lethal force of grindcore acts like AFGRUND, NASUM or EXTREME NOISE TERROR but still keeping their own style in ways of songwriting and riffing. You even find short guitar solos mixed in the most brutal riffs you’ve probably heard in years. "lake of misery" has been produced at the Tonmeisterei and the production is flawless. The guitars just grind their way into your ears, the bass sound would also be good for a speaker test. So deep and thunderous. The drums are attacky as fuck and played with skill and haste. The voice finalizes the pure brutality. Guttural and straight from the throat that makes you feel like you still can taste the blood on your tongue. Vinyl comes with inside-out cover, black innersleeve, lyricsheet and includes a digital download card. If you always wondered how an atomic bomb dropped on your head feels, here you go. 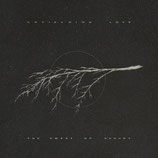 A firestorm of swarming hatred that can not be stopped. Total fucking bedlam.