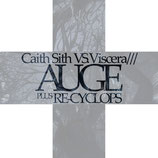 Caith Sith and Viscera/// will guide you through a shocking catharsis into the essential discovery of the self. Auge is a rare piece of complete artistic and spiritual fusion between modern CGI cinema techniques and experimental underground music. Let it look inside you for the first and last time. 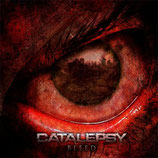 Now signed to Bastardized Recordings for European territories, CATALEPSY prepared a release that will be unparalleled. The CD contains 10 tracks, including, the track "Goliath" which features guest vocals by Matt Bruso (BURY YOUR DEAD). Produced by Matt Johnson (The Autumn Offering), CATALEPSY's sophomore album "Bleed" is sure to turn heads from may 20th on. 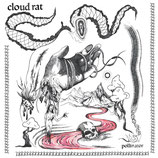 PRE-ORDER: Will ship end of October

2CD limited edition first pressing, comes in a double-digipak. Includes the bonus mini-album Do Not Let Me Off The Cliff.

Over the past ten years, Cloud Rat has established itself as one of the most compelling bands in the underground. Over a staggering number of releases – four full-length albums, eleven EPs and splits, a live album, and various other comps, in one decade – the Michigan band has made a name for itself via sheer emotion and musical freedom.

NPR Music called Cloud Rat's 2013 album, Moksha, "a feral, fearsome and fearless piece of work." Noisey described a live show in 2015 with these words: "Cloud Rat is one of those rare bands whose music connects instantly, painfully – you feel the words, the riffs, and the all-consuming cacophony deep within the marrow of your bones, vibrating out into a hostile world."

Emerging from the space where hardcore punk spirals into grindcore, Cloud Rat is that and so much more. The band knows no limits and incorporates influences from across the map – black metal, noise, doom, goth, folk, and beyond – all while retaining its realness and urgency.

The first edition of Pollinator is released in a limited 2CD digipak and includes an entire bonus CD of eclectic, experimental material, with elements of industrial, acoustic, drone, noise, and shoegaze. A limited splatter vinyl is also available.

Cloud Rat have taken grind to the next level on Pollinator, and it's vicious.

"Cloud Rat is one of those rare bands whose music connects instantly, painfully—you feel the words, the riffs, and the all-consuming cacophony deep within the marrow of your bones, vibrating out into a hostile world." 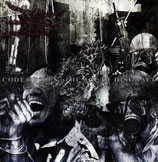 CODE OF LIES - THE AGE OF DISGRACE CD

Hailing from Orange in NSW, Code of Lies play a modern style of groove-laden, hybrid technical death/grind drawing influences from a wide range of extreme metal genres. The Age of Disgrace contains a dynamic mix of guttural lows and raging high vocals backed with thick, intricate guitar work and blasting drums that hit harder than a spinkick to the face.

Code of Lies balance the level of technical ability of bands like Cephalic Carnage and Psyopus with the sheer intense aggression of Nasum and Pig Destroyer influenced grindcore and the complex sense of melody and groove from Between the Buried and Me and The Haunted. With The Age of Disgrace as an extremely impressive debut, Code of Lies have established them as a new talent to watch out for in the Australian extreme scene. 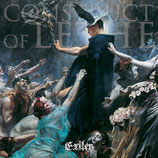 
Construct Of Lethe return with their darkest album to date, putting top tier musicianship at the service of old school roots and ominous atmospheres.
Featuring members from Near Death Condition and Benighted.

Construct of Lethe is a band born of evolution.
Begun by guitarist Tony Petrocelly in 2010 to consolidate and release music written for previous bands that broke up before proper recordings could be made, it has grown into a beast of its own.
The band's 2016 debut album "Corpsegod" is a furious assault of blasting, technical death, while their follow-up EP "The Grand Machination" traded brutality for suffocating atmosphere.
2018 will see the release of their 2nd album "Exiler", their most dynamic and varied release to date. Rooted in solid, thought out death metal, the songwriting delves into black metal, doom, the avant garde and back without becoming a slavish regurgitation of influences, it is calculated and determined, showing a band reaching beyond tired genre cliches. Recorded at Trepan Studios, the album sounds simultaneously organic and modern, fitting the material like a glove. 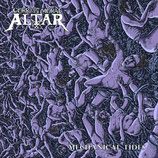 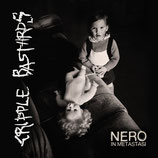 Over two decades in, Italian hardcore/grind legends CRIPPLE BASTARDS return with a brand new full length of pummeling ferocity. Recorded at the infamous Studio Fredman in Gothenburg, Sweden with producer Fredrik Nordström (Arch Enemy, At The Gates, Dark Tranquillity), Nero In Metastasi is the next major movement in CRIPPLE BASTARDS' steadfast campaign of extreme auditory revolution. Not for the weak!!! 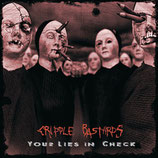 Well after a delay of 5 years this finally sees the light of day. Cripple Bastards have been at it for well over a decade now and we have decided to re-release their first studio album (a classic grind album thats been sold out for almost a decade now.) This is the one people have been asking me for, for years now and it's your chance to finally own a copy. This also features brand new mastering and artwork not featured on the original recording. Get this grindcore classic now before it's too late again. 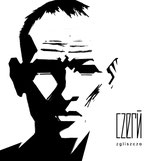 Debut full length of this Warsaw, Poland based metal/post-metal/sludge/hardcore band! The album "Zgliszcza" includes five songs which testify to the journey of Czerń and to how the band’s vision of music has been evolving. Every song is different, although they are all equally permeated with aggression and darkness. Alongside slower riffs, which connote sludge, on the record one will find a lots of fast sounds, loaded with black metal venom and death metal relentlessness. The sound of Zgliszcza is augmented by the deep, harsh growl of Łukasz. The intros were composed by Michał Głowacki (So Slow, Latające Pięści). Zgliszcza is all about darkness, captured in strong and challenging music. It’s  the rigidity of hardcore, fuelled by balck metal strength and pure punk outlook on the world.