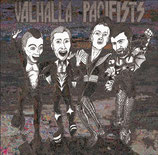 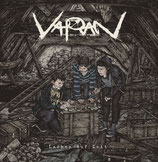 These young men comes from Halle/Merseburg and scream their anger with this record to the world. Therefore they use a powerful and metalized music which also has some quiet moments. 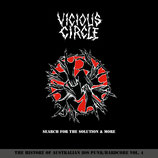 The third part of the Vicious Circle Discography contains on side A the songs from the Split LP with Youth Brigade as well as the tracks from the "Search for the solution" 7" EP. Side B contains the songs from the "Circle of the Doomed "Tape recorded in 1984, the tracks from the "Hope and Wait" MLP recorded in 1987 and the 1st EP "Search for the Solution" released in 1985, plus two tracks from 1989. The second LP has live recordings from the 1985 --- Live at The Prince Of Wales, 20 raw tracks from the early Vicious Circle era. Awesome soundboard recordings remastered by Paul Lindsay. The third and last double LP includes also a 12 sided colored booklet with a lot of information's, live photos and other fine artwork stuff. 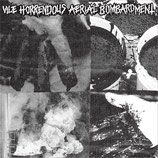 Militant grinding noise corruption from VILE HORRENDOUS AERIAL BOMBARDMENT, a noisecore unit that hailed from the Pacific Northwest during early 2010s. Forsaking traditional instruments in favor of a handcrafted “Disinstrument" to generate a frenzy of punishing chaos propelled by blasting drums in a swirling crust cacophony of bellowing roars and harsh screams. Quietly disbanding after only releasing a limited cassette demo in 2010, this previously unheard full length recorded early 2012 has finally been exhumed for your listening displeasure. Members of Knelt Rote, Sissy Spacek, Oscillating Innards, Human Agony, Dispossessed. 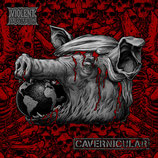 Violent Frustration: launched as a two-man project in late 2012, VIOLENT FRUSTRATION has become one of Berlin's most active blast squads. Violent Frustration is pissed off Grindcore mayhem blasting the shit out of you. No trends, no bullshit, no compromise. Expect no mercy.

Cavernicular from Palermo/Italy feat. members of ANF and Haemophagus. The powerviolence/grind of the Italian band kept it's straight to the point power. The two vocalist (hardcore yells/death metal grunts) are still doing a good job. 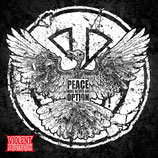 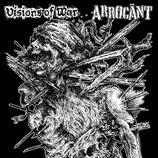 Visions of War/Arrogant is a split lp full of raging d-beat. VOW is a legendary oldschool d-beat band and Arrogänt is the new breed of d-beat in Belgium. Killer split!

For fans of tight black denim pants with sewn on black and white patches! Best served with a Cara or Freedom pils. 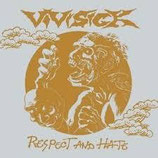 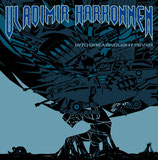 Repress from the Second full lengh by this north-german Thrash flavoured Hardcore crew. This is a massive slap of power feat. the fromer singer of Kiel Hardcore legends BONEHOUSE. Lyrically quite a lot to say with songs like „Frontex Fuckers“, „Black Metal Duckface“, „Death For Profit“ and „Do you feel safer now?“. The LP comes in a nice gatefold sleeve and contains a 72 sided magazine. 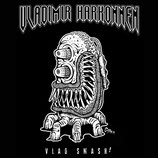 VLADIMIR HARKONNEN were right into the process of doing songwriting for the next record, THE GREEN ALBUM, when suddenly a wild idea came up: What would it be like to do a special record with short but crisp songs only? Of course with all the trademarks of VLADIMIR-HARKONNEN (Punk, Thrash, speed, melodies, destruction…)! At first it sounded a bit too crazy, but then the songs were creating themselves very fast! CRASH! BANG! WALLOP! Like both previous records "VLAD SMASH!" was recorded by Ulf Nagel at the DEMOLITION ROOM in Kiel (THE CREETINS, BONEHOUSE, SMOKE BLOW, WALLCRAWLER). You are hearing the band as if it is playing in your living room (can you see your neighbour's lawn dying?). The basics were recorded live.

Nearly all lyrics are written by vocalist Philipp. Some take a stand against fascism ("13 Minutes" is dedicated to Georg Elser), some against dictators ("Butcher Of Petrograd" describes the bloody defeat of the Kronstadt Rebellion by the Red Army in 1921), some against transfigurers of the past ("In The Good Old Days It Used To Be …Worse"), some against colonialism ("White Ghosts") and other against Flat-Earth-Society alu hat conspiracy believers ("Flatties"). And then there's this book named "Les jeux sont faits" by Jean-Paul Sartre which Philipp found on the street and which inspired him for "The Chips Are Down". "Ram It Down" = finally a pathetic representer praising the band and the live-situation! Not to forget the topic of alienating work, about which bassplayer Andi wrote a song ("Stagnation Is Death").

VLADIMIR HARKONNEN's influences were generated from thirty years of collecting records. Of course they are speedfreaks. They love HEAVY METAL. They love PUNK. They love THRASH… As Robert Z. is saying: "Vladimir Harkonnen are their own steelhorse, which simply is destroying everything that dares to block their way ---but with a lot of love." (Scene2Act)

The coverartwork was done by Jeff Gaither (THE ACCÃœSED, MISFITS, GUNS N' ROSES…) 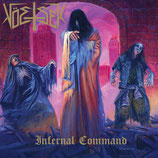 The album consists of 17 fast metallic tracks mixing Bay Area fastcore/power violence (Spazz, Capitalist Casualities) and Bay Area thrash metal (Vio-lence, Death Angel). The sound is more developed and metal sounding while the songs are definitely more thought out compared to previous recordings, but the result is still the same high energy fastcore/thrash. "Infernal Command" was recorded at Lennon Studios and mastered at Mammoth Sound Mastering (Impaled, MDC, Ghoul, Magrudergrind). The artwork was done by Andrei Bouzikov, an outstanding artist well-known from his work for Municipal Waste, Cannabis Corpse, Hatchet, Fueled By Fire and other great thrash bands. A must have for fans of both old school thrash metal, the new wave of thrash (Municipal Waste, Hatchet, Bonded By Blood) and classic power violence bands. 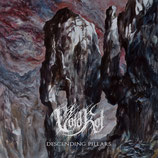 Uprising US Death Doom titans Void Rot will finally land their debut full length upon mankind after an EP and a split with Atavisma.

Void Rot from Minneapolis MN, USA, formed in 2017 with influences from the glorious progenitors of majestic, atmospheric and slow moving death metal like Winter, Rippikoulu and diSEMBOWELMENT, as well as newer entries within the genre such as Krypts, Spectral Voice and Sempiternal Dusk. Void Rot weave light and darkness seamlessly and with unseen mastery, evoking atmospheres of unparalleled vastness that alternate majestically between sidereal and contemplative psychedelia, and visceral and bludgeoning heaviness.

After 2 generally acclaimed works, an EP and a Split w/ Atavisma, they are finally ready to unleash their anticipated first album!

For fans of Incantation, Spectral Voice, Mortiferum and Krypts. 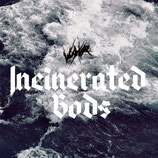 "Roughly one year after their acclaimed debut full-length, Swiss black metal mongers VUYVR deliver their new offering "Incinerated Gods". On these four lengthy tracks, the band pursues the style previously developed on "Eiskalt", paying their dues to traditional black metal while sticking to the unusual approach you can expect from these hardcore/post-metal veterans (members of Impure Wilhelmina, Rorcal...). These recordings also serve to pass the torch between drummers, the three first songs introducing new hitter Bastien (Lost Sphere Project), while the closing track stands as the last song recorded with Roderic Mounir (Knut). Cold, brutal and melodic, this live-recorded EP is another testimony of VUYVR's raw power, making the band standing apart from their contemporaries." 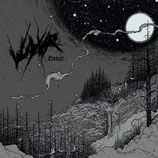 Trying to determine why Vuyvr’s debut album "Eiskalt" is a stimulating and refreshing take on black metal is not an easy task. Hailing from Switzerland, their sound initially appears to be rather traditional, obviously influenced by a number of Norwegian and Swedish meisters of the genre. Beneath an impeccable flow and as the record will start to grow on you, you’ll notice subtle, personal touches which contribute to a large extent to the record’s peculiar charm. There’s majestic breakdowns who are wonderful but not strictly metallic (“Betrayers Of The North”), stellar dual guitars equally breathing of heavy metal and post rock (“Dead Trees Will Wander At Night”). The vocals are crisp but not exaggerated, conveying immediacy. The primitive pounding of the drums resonates the naive fury of extreme metal’s early days… Devil is in the details indeed and apparently Vuyvr have inherited the unorthodox class that characterizes their country’s metal tradition (Hellhammer, Celtic Frost, Samael, Coroner…). Having excelled in the ranks of seminal underground acts such as Knut, Impure Wilhelmina, Rorcal, Elizabeth, they are not preoccupied by what the purists will think of them. They are devoted to sonic darkness and it’s all that matters. Less than a year after their initial racket, the band rushed into their practice space and recorded 9 tracks within a day that would eventually become “Eiskalt”.

Your winter just got grimmer.

VYST consists of members of throwers & glasses / perth express ; and they bring the sound of those bands together, you can say it's a more brutal version of perth express; so you get 4 powerful songs an side a and a screenprinted b-side, packed in a screen printed cover 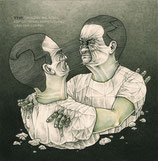 "Here’s a surprisingly awesome shard of hardcore I only just came across. What made me take interest was that VYST contains members of Throwers, Glasses, and Perth Express. VYST will surely join the ranks of other great new German hardcore acts if they haven’t already.“Try Again. Fail Again.” is a half-hour of darkly tinged hardcore with some great ferocity displayed in each of the nine tracks featured here. They dip into moments of melody on some of the longer tracks like “Towards the Cliff”, “They Run”, and “Count Me Down” and their briefness makes them all the more powerful. The production is quite good also, everything rings clear and sharp bringing out the heaviness of some of the slower, crunchy passages. Vocals are wonderfully raspy and hoarse, rending his throat as he runs through issues both bleak and uplifting, contemptuous and angry. VYST don’t rely on dissonance. Merely powerful riffs that move from high speed punk to a moment or two in sludgecore territory (almost) to a short melodic or melancholic (sometimes clean) section — briefly there will be in a few songs a rough tremolo passage just touching on something blackened. Not injected with the blazing sludge found in Perth Express and yet not being as strictly hardcore as Glasses, VYST have found a comfortable middle ground with a very minor blackened-crusty influence without completely falling into the ever-popular splinter genre of dark hardcore; and it works very well. Actually they probably have more in common with their brothers in Throwers than the other two groups which is more on the dark dissonant side of the sound. There’s some excellent arrangements to be heard on “Try Again…”, very catchy and abrasive, fast with some hammer-blow heaviness sprinkled at just the right moments. Quite an enjoyable listening experience all the way through but nothing that could be said to be “off the beaten path”. Just solid, head-bang-inducing hardcore." ( cvltnation )