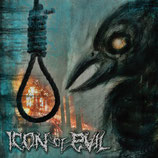 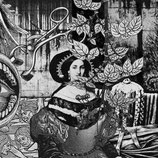 HARDCORE. I WANT YOU DEAD's new 7'' includes 4 songs of dark and passionate hardcore. Strongly influenced by the Holy Terror scene (INTEGRITY, RINGWORM, CURSED and PULLING TEETH. Metallic, downtuned and blackened hardcore varying from the old-school intensity to the crust and even black,metal aesthetics. Limited edition of 500 colored copies, housed in a gatefold-cover. A must have for fans of newer blackened hardcore style.

IS back with 2 tracks of black HC vs. pissed off HC/Crustcore 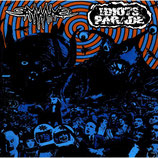 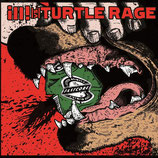 Today I will write about the German bands again, haha! That land is surprisingly rich with good bands. Today’s heroes are ill from Münster and Turtle Rage from Berlin. Both bands are young and playing more or less in the same style. The format of this split is 7” and that means that will need to overturn this small piece of plastic each 3 minutes, damn)

The first 3 minutes belong to ill. I got their previous split and I remember that it was cool. Must say that guys didn`t make the step aside with this recording session, genre, aggression, and style are the same, and this is not a bad thing at all. This wild mix of hardcore and fastcore sounds good. Fast, pissed off music with nice riffs and loud screams. ill did a tip-top job.

Turtle Rage has the last 3 minutes of this split. First thoughts that come to my mind when I heard this stuff, was like “damn this shit is an awesome soundtrack for the bloody good skating!”. This intensive, speedy, and crazy session has really nice production. Songwriting is simple but with a fire inside. And different vocal approaches make this music brighter.  (good guys go grind) 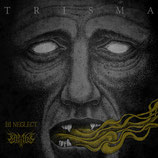 If you’re looking to give 2017 a heavy, bombastic start, here is just the split to get the job done. Titled ‘Trisma’, this 7″ vinyl release brings together two sludge grind mammoths in Italian band Lambs ‡ and German entity Ill Neglect. A collaborative release by multiple DIY labels, this split is a bleak, dreary record that contains a monstrous tone overall. Though it clocks under just twelve minutes, the shear abrasiveness and the intensity of the riffs would have you playing this record over and over again. 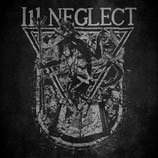 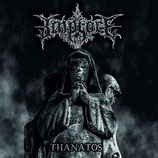 Implore has toured restlessly since the release of their first LP “Depopulation” (Pelagic Records 2015) more than 100 shows performed in Europe and Russia made this trio get everyone in the underground scene be familiar with their name and their hectic activity.

This is why also open-air festivals such as Resurrection Fest, Party San and Summer Breeze wanted them to perform on this year’s editions. Not taking anything for granted the band played all type of stages and venues from squats with electric generators in Italy to mini festivals in the woods of Switzerland.

Following the release of the new 7” called “Thanatos”, named after the Greek mythology demon, which is the personification of the death. The band will tour South America for the very first time, visiting Brazil, Uruguay, Argentina, Chile and Ecuador. A month long tour that will help increase the followers since South America is one of the most loyal and passionate audiences in the world. 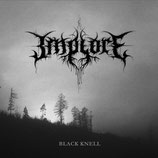 Implore are a 3-piece band from the cold northern Germany. The enthusiastic metalheads have come together until the end of 2013 to play their idea of "Death Grind". And the guys have fun doing it - you can hear that. The first song "Thorns ov Devotion" are setting the pace. Implore shoot on their debut "Black Knell" a Blast magazine after another empty load in short breaks and after firing at once continue uncompromising. The drums form the skeleton as always, Kevin Talley (including SUFFOCATION) has recorded them, they are implemented Live from new band member. Fast Parts seamlessly switch to groovy and shoutet the singer and bass player and scolds out his gloomy lyrics. Between the lines I read from the lie of religion, egocentrism, conformism and the great battles. The listener is left, as he interprets the text, but one thing is clear: the man is angry and he has something to say. The two strongest songs are "segregates" (nasty and with great lyrics) and "Two Legged Damnation". The distinctive HM-2 sound raises nostalgia. The song draws a good suspense and after a minute then discharge the energy in a pithy blast beat. It is striking that the vocals are not the focus, they share the intensity with the instruments. Hardly a song exceeds the 2-minute mark, but the songwriting on the six-song EP is brought to a very good luck to the point. As soon as I am enjoying it, unfortunately the work is already over. For fans of: NAILS, Deathrite, NASUM, LOOKING FOR AN ANSWER 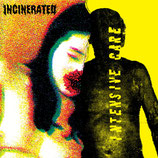 A collision of disparate worlds in geography and genre. The unlikely pairing of Toronto’s throbbing bass-centric industrial filth dub and the bludgeoning smear of grinding death from Melbourne, Australia. Intensive Care digs a deep pulse of bleak inner space excavation while Incinerated ferociously mangles four tracks of blinding speed, crushing chud riffs and bass drops. They somehow fit in a Shank cover too. Sounds for animals. 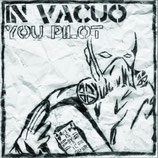 Seven tracks of hardcore madness from Calgary, AB. Think of some mix between CONVERGE, DANGERS, DEAD KENNEDYS, MAN IS THE BASTARD, NOMEANSNO, and TRAP THEM. Enough name drops? 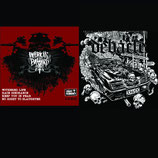 Four songs from Sydney's Inebrious Bastard, three from Melbourne's Debacle. An all out crust/grind/d-beat/punk attack. 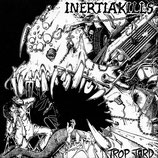 INERTIAKILLS was a grindcore band from QUEBEC formed from members of HUMAN GREED, SHITFIT, SEIZED, IMMORAL SQUAD. They had a really short existence of 6 months in 1995. If you like grind at all, you need this. 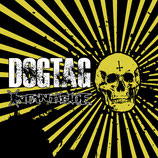 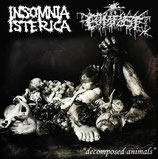 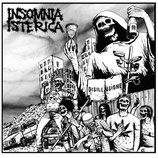 ultimate grindcore with a touch of gore and some pv influences from IxI versus fastcore galore with pv and blasts from Gokurtrussel, such a sweet mix and great release, get it while it's there