Twisted, dissonant, noisy, warped and ugly as fuck grindcore from Portland OR. 8 string guitar, drums and vox. Imagine if Portal played some Discordance Axis tunes and you would not be far from the sound of this band. Fucked up sense of humor to round it all out. Self-released by the band.

Promote your mixtape at ReverbNation.com
2 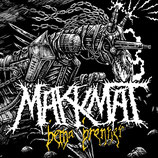 Through the earth covered by ashes traverses the legion of death. Mankind is going to extinction ending the consumption era. The world we know will fall. Nature forming species will survive.

Mixed by Ruben Willem, mastered by Brad Boatright at Audiosiege.

Ecopak CD with exclusive sticker is limited to 500 copies.

Released by EveryDayHate and Lukket Avdeling Records in collaboration.

Three labels, two bands, one crushing release! Each group contributes two tracks, alternating between doom-laden hardcore and deep space sonic experimentation. Malachi (featuring members of Artimus Pyle, What Happens Next? and Fuck Face) brings together a mix of crusty hardcore and unstoppable doom, all shot through with mournful cello melody. The Bastard Noise lineup of Wood, Nelson and Rauf (also responsible for the critically-lauded "Rogue Astronuat" cd) come forth with their signature oscillator-based transmissions from the void, isolated communications from beyond Alpha Centauri. This split release is brought to you by Housepig, Hear More! and 200mg, in a heavy poly sleeve with a unique shifting-color six-panel insert by Thumbprint Press. 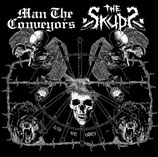 MAN THE CONVEYORS / THE SKUDS "And We Obey..." Split CD

The latest and greatest Crust/D-Beat/Grind offering from both Midwest bands.

MTC has a female vocalist that sounds like a demon about to disintegrate your genitals. The Skuds are a three piece that have taken grind and crust punk to a new creative level. World and personal politics are the general theme of the lyrics from both bands. For fans of Extreme Noise Terror, Disrupt, Napalm Death, Excrement of War, State of Fear and Wartorn. Great production quality. 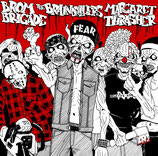 Russian thrashcore attack! Three bands from various parts of Russia. Second (and the last) record by Brom Brigade fro Ufa. They became trio and their sounds now more punk/hardcore influnced... but still fast! Margaret Thrasher - pizza thrashcore from Irkutsk. Braindrillers are from Togliatti, they play raw powerviolence. This is their only record, now this band is broken up. 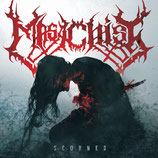 Polish death metal squad MASACHIST have just returned with their second full-length entitled "Scorned". The anticipated follow-up to the band's 2009-released "Death March Fury" was recorded in mid-2011 at Monroe Sound Studio, with final production touches taken care by guitarist Aro. Featuring nine brutal and intricate songs, "Scorned" is 40 minutes of your agony, another relentless death march. The songs are much more demanding than those heard on the debut album, while still retaining their primal brutality.

With the sophomore release MASACHIST proves beyond a shadow of a doubt that is one of the best death metal forces to emerge in last few years.

This is a must have for fans of HATE ETERNAL, DEICIDE, MORBID ANGEL.

Violence Magazine - ALBUM OF THE WEEK 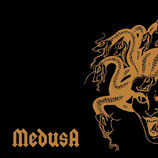 Consisting of 3/4ths of the creative nucleus of the juggernaut Racebannon, Medusa bludgeon the listener with a riff-centric cyclone that sounds like Slayer playing Melvins covers through the MC5’s equipment. You’ve never heard anything quite like it, and when En Raga Sül is over, you will be left beaten, torn, and begging for more oxygen, and one more listen. En Raga Sül is their only recording to date, and living proof that the way of the tortoise is often times the correct one for those who walk the left hand path. Instead of releasing some watered-down “BS” in the name of record sales and hype, Medusa honed and crafted a maelstrom of tar-stained riffs, thunderous drumming, and vocal incantations with more drama, tension, and hatred than an average Destiny’s Child practice. Sludgey riffs knuckle-drag themselves out of the dankest of swamps, only to careen into fast distorted oblivion at the drop of a hat, with the listener losing 5d20 with each successive passage. 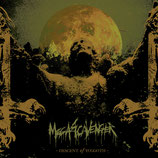 After releasing "Songs Of Flesh (Part I) EP early 2012 inexhaustible Swedish maniac Rogga Johansson (PAGANIZER, RIBSPREADER, DEMIURG, THE GROTESQUERY, BONE GNAWER, REVOLTING and more) strikes back with the debut album of his most recent band - MEGASCAVENGER.

"Descent Of Yuggoth" consists of nine heavy, crushing and murky death metal songs that will definitely appeal to all fans of Rogga's music and Scandinavian metal!

Prepare for heavy dose of dark death metal in the Swedish vein! 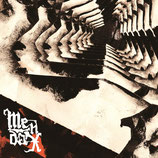 "You had a bad day today and you have to get your head shaken with a good pinch of Death Metal to get back down to earth? Then the Polish band Mendax is just the right thing for you. Their self-titled debut EP provides you with 7 songs that can take your frustration far away and at the same time give you a familiar, comfortable feeling with straightforward old school death. No experiments, just pure 90s worshipping for fans of the french fries fork." -transcendedmusic.de 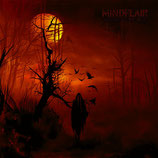 The Gods of Hard Grinding Stop'n'Go Powerviolence are back with full lenght "Scourge of Mankind" in 2015.


comes with a huge DinA2 poster while supplies last, and comes with a Bandcamp Download Card

"You walk into the club and Mindflair are blaring, you say "Hell yes"!!"
Two Guys Metal Reviews

"Imagine Napalm Death, Unseen Terror, Righteous Pigs and sludge metal maniacs Sour Vein all rolled up into one big fatty, and you get to smoke the sonic joint known as Mindflair"
Explicitly Intense

"...a relentless wall of noise, some of the fastest drumming I have heard for ages, the most tortured screams replacing vocals and just endless distortion." (8/10)
Stu's Reviews 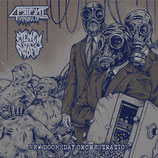 27 tracks EP. Metallic Grindcore for both the bands, a devastating 22 minutes aural assault.
For fans of Phobia, Assück, Terrorizer. 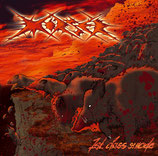 This one gives a shit about trends. MÖRSER are Bremens Old School Deathmetal-Powerhouse since more than ten years! In 1996 when Percy Dollarbill founded the Band, the idea for Bastardized was not even born. In 2010 both trademarks join forces to release First Class Suicide – their latest audiophile effort. This album is the resurrection of what was called ‘Bremer Schule’ in the late nineties of the last millennium: A brutal bastard of Groove, Deathmetal and Grindcore making no compromises to alternate with instrumental parts and some painful dissonaces. MÖRSER are ready for 2010 - First Class Suicide is the evidence. 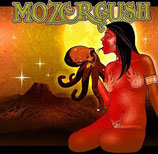 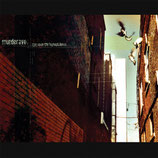 (limited to 500)For fans of Converge,PG99,curlupanddie,Isis. 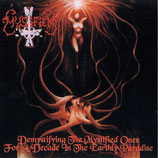 Re-Release of this EP from 1999 (has been remastered!!) including the whole performance (12 songs) from the "Live Goetia Tour" from 1994 at the Garage Art Cult in Rio de Janeiro as bonus tracks. 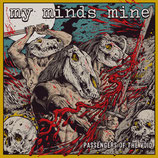 MY MINDS MINE - Passengers Of The Void CD 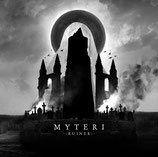 Myteri from Gothenburg, Sweden are back with their second full length with epic, soaring and heavy as fuck crust punk that will make you wanna raise your fist to the sky, get into your riot gear and start a full blown fucking riot. Myteri’s music evokes apocalyptic landscapes, torn apart by war, plague, misery, and famine, but their songs are not completely devoid of all hope. There is a shining light in this band’s music that seems to be almost incendiary, like a torch for survival. The last light of hope left in a world otherwise plunged into shadows. The only light left to find the way out of the misery mankind has pulled upon itself. Survivalism and freedom are huge conceptual elements in epic crust like this, and Myteri seem to really have wanted to emphasize this with their sapient use of epic d-beat gallops, war-torn vocals, and heavy, melodic riffing. Myteri’s debut full-length album is a sprawling and unforgiving opera of darkened heavy punk that draws much influence from legendary crust bands like Amebix, Antisect, Anticimex and Totalitar, and from head-on collision-like d-beat bands like Wolfpack, Doom and Disfear. But the real genetics of the band like mostly in epic Spanish crust like Cop On Fire, Ictus, Ekkaia, and emo-crust in the vein of Fall of Efrafa, Remains of the Day etc., where the punk assault can be real, incumbent and heavy as fuck, but eerie melodies mostly coming from the guitars can also make the songs more luminous and atmospheric. In any case, this is a prime example of amazing melodic heavy crust – if you like Tragedy, this shit will clamp on to your soul and not let you go ever again

The silence of the masses frightens, apathy has become their escape from this world that you and me helped to create. Full-length debut album of Myteri is aiming to combine the power of scandicrust with the feel of Tragedy and Poison Idea. The result has been desrcibed as crust d-beat with punk approach.