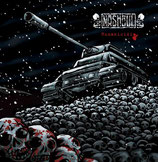 It seems like grind bands are a dime a dozen these day, and a lot of them sound alike or are just plain mediocre. Out of all the grindcore bands that I’ve heard lately, Nashgul definitely stands out as one that isn’t afraid to stray from the stereotypical barrage of blasts beats and unintelligible guitar. This is one of those albums that you put on and all your friends say “whoa, who the fuck is this?” There is an obvious death metal influence here. The vocals range from piercing high screeches, to low Mesrine-esque growls, along with layered and call and answer dual vocal sections. What I think really separates these guys from other grind bands is the guitar: it isn’t an onslaught of noise oriented chords structured in a “fit as many notes as possible into a 30 second song.” There is a noticeable melody and structure to Nashgul’s songs, which gives them an appeal to lovers of grind and death metal across the board. One of the best parts of this album is that it is a compilation of 7”s, unreleased tracks, and a split. This lets you hear the progression of Nashgul’s sound without having to keep switching records. If you like death metal and you like grind, buy this album and get blown away. 31 tracks, combining the best elements of Nasum and Looking For An Answer. One of the best new grindcore bands out there right now... This also includes a 6 minute long live video. 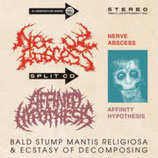 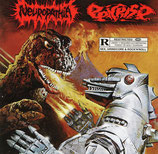 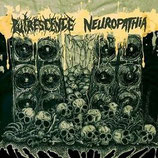 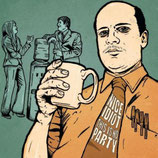 NICE IDIOT- This is no party CD 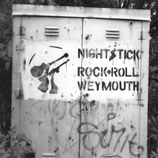 At war with false noise: Here we go, the heaviest band in the world! A bit too weird and experimental for the regular doom crowd, too bludgeoningly heavy for the avante-garde folk, NIGHTSTICK were always a bit of a red-headed stepchild at the party. Albeit a red-headed stepchild smoking crack and punching the kid who's party it was in the face. Having recorded this record over twelve years ago and facing the apathy of safe world of big metal labels, finally Rock And Roll Weymouth finds a home at At War With False Noise!

As a teenager in the mid-to-late 90s, the metal mainstream was clogged up almost entirely with trendy boring shit and hearing Nightstick for the first time was an absolute revelation for me. I loved how their songs would often just completely fall apart under their own sheer weight and power, meandering under a brutal bass tone of psychedelic guitar freakout for a while before coming back for another assault. Rob Williams was the drummer in the great SIEGE and it seems that being in the band who invented grindcore wasn't enough and slowing it down and turning it up were the only things left to do.

Anyway...to the album! This record kinda loosely follows Floyd's Ummagumma with each member of the band contributing a solo piece, along with three long album tracks. The album kicks off at breakneck pace with the band's title song - quite possibly their best tune ever and bests even Pig In Shit for sheer catchy destruction - which halfway through blows itself out in a cloud of psychedelic haze. Emerging from this is the banjo-infused "Let Your Freak Flag Fly", which ends with a hilarious message from the lamest promoter of all time trying to explain why he shat it from putting them on live. "The Boot Of Discipline" is total heavy-duty mantra time and everything is rounded off with a caveman doom version of Also Sprach Zarathustra.

Needless to say, to put out a lost album from one of my favourite bands is a mighty honour for myself and for me this is their best record ever (yet?!). ENJOY!

500 copies in a matte six-panel digipak. 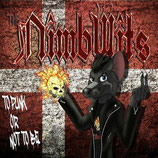 The NimbWits - To Punk or not to be 2CD

Danish old school punk rock delivered by old school punks is the only fitting description of this release: “To punk or not to be”. It’s different from the other Scandinavian punk bands out there, surely because of the more classic rock elements combined with metallic parts, which the guest appearances by legendary axe-handlers Michael Denner (Mercyful Fate/King Diamond) and Michael Stützer (Artillery) make a metal contribution. The melodic punk melodies are greatly accomplished by the female guest vocals and by the guest performance with bagpipes. All these guest appearances contribute to the great amount of diversity of this album, making it unique and at the same time carrying on the sound of classic punk rock! The “Punk’s not dead just older and uglier” CDep is the bands DIY release and is included. It has a similar punk vibe as the full-length, so the punks listening to these records get the full taste of disgusting punk in this release. 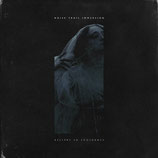 “Symbology of Shelter” is our personal attempt to combine the ominous and misanthropic atmospheres of Dissonant Black Metal with the chaotic, intricate structures of Mathcore and some introspective Post-Metal influences, with the intention to represent musically the concept of the inner crisis experienced by everyone’s conscious self, that uses “shelters” in various forms to satisfy a compelling and nefarious need to attach meanings to life. The album takes the form of a 43 minutes long song (split in seven tracks), in order to take the listener into a non-stop journey in a dead-end vortex full of panic, anxiety, insanity and desperation. We really hope you will enjoy it and we thank everyone who has supported us and will support us in the future. 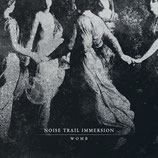 "Womb" is the debut full-length from this dark and chaotic five-piece band from Turin, Italy. Noise Trail Immersion plays a relentless blend of PostDeath / MathMetal who takes inspirations from bands like Ulcerate, Artificial Brain, War From a Harlots Mouth, The Dillinger Escape Plan, etc

Second album of this Hardcore Power Violence band from Leicester, England. Three years after their awesome debut they are here with 34 new tracks. Recorded back in 2019, mastered in 2020 and released at 2021.