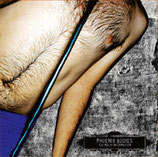 CD has 37 songs, collecting the split CD/LP with ENKEPHALIN, the song from the Slave Union 2x7" compilation, their split 7"s with TYRANNY OF SHAW, SHIKARI, RAEIN, and THE DREAM AS DEAD as well as a full live set from Dude Fest 2004 and the original 7-song demo.DVD has live sets from Dude Fest 2004, Summerslam 2004, and a mini interview with the band) 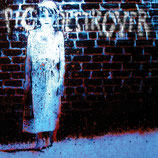 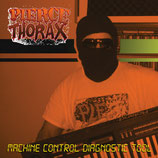 19 tracks in over 1 hour of experimental breakbeat/breakcore! 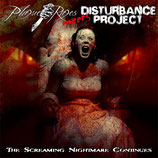 The utterly intense barrage of merciless grindcore that is Spain's Disturbance Project have teamed up with the raw and immensely abrasive South American Plague Rages to create a monumental cranium exploding grind masterpiece! 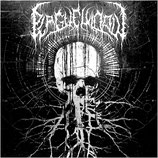 The debut from Sacramento, Californias newest Death/Grind miscreants! The band includes ex and current members of Slaughterbox, Cowboy Killer, Ungoliant, Minenwerfer, Nunfuck, Chronaexus, Heaven Exempt, Pisshitter, Human Obliteration and Esoteric Sacrifice. A barrage of bludgeoning blast beats, gorrific growls and ravaging riffs that mercilessly stabs it's way between the death, grind and black metal sub-genres. Sure to quench your blood-thirst for absolute audible mayhem. If you know anything about Metal from Sacramento, you'll instantly recognize the refined production quality on this release being from the one and only Mayhemeness Studios. For fans of Wormed, Portal, Origin, Robinson, Insect Warfare, Gorgoroth, Discordance Axis, Circle Of Dead Children and Rotten Sound. 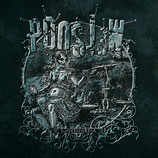 and highly original deathgrind. The guys knew what they were doing, because this gets far from boring!! This is probably my favorite POOSTEW material so far, pure and modern Relapse material if you ask me. Fans of Misery Index, Job for a Cowboy, Assuck, Cephalic Carnage, etc take note! 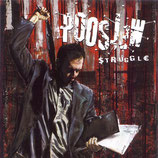 first full length struggle delivers 15 tracks of straight forward grindcore sound but takes it to a higher level by mixing it with melodic guitar sounds and heavy chugga breakdowns. produced by the infamous dirk kusche [mörser, systral, absidia ...] it s extremely heavy and contains everything from blastbeats to midtempo driven melodies. all layout workis done by szandor kubassa [legacy zine, ox zine, as we fight ...]. the lyrics mostly deal with politics, abuse of power and personal views on grievances in society)

artwork by Alex cf (fall of efrafa and more)

Procrastinate was formed in 2013 at Karditsa, Greece. At first, it was a project of two people in need to express themselves through extreme music and put out their ideas and beliefs. Later things got more serious and we became a five-piece and highly active group. We place ourselves among the DIY hardcore punk scene and perform only in autonomous spaces and squats which promote an anti-authoritarian, anti-racist, anti-sexist and self-organized way of life. Our lyrics draw inspiration from everyday life issues, social & political crisis, personal situations and ethics. We've been described as metallic hardcore, crust-grind, crust punk, hardcore punk, but we're not that into genres. It's going to have to be the listener who decides.

ffo: fall of efrafa, myteri, his hero is gone, tragedy, morrow, agrimonia, wretched of the earth and autarch 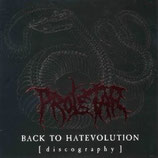 Proletar - Back to hatevolution (discography) CD

Brutal old school grindcore from Jakarta, Indonesia. This discography release spans from 2000 to 2006, and contains more than fifty songs in over 70 minutes from tape EPs, demos, their full length album, splits, compilations, live recording, cover songs and some unreleased. This album has been released in the year 2007, This time returned in the production to spread their brutality! 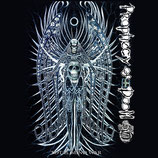 We at Selfmadegod are proud to release Prophecy of Doom, one of the bands that truly broke the barriers between the hardcore scene, death metal and grindcore from the late 80's. One of the heaviest and most destructive bands coming from the UK, always loyal to their punk attitude and with a strong concern on lyrics. After a demo in 1988, they have released "Calculated Mind Rape" 7"EP in 1989, then in 1990 the output on Peaceville the band is mostly known for, "Acknowledge the Confusion Master" LP (also released as a split CD with AXEGRINDER), in the same year they released live 7"EP ("Until the Again") and the "Peel Sessions" 12". After the "Matrix" CD in 1992 (on Metalcore), their last output was the 3-song demo "Ego Death Grind" in 1996. This CD compiles an unreleased radio session from 1991 plus the complete "Ego Death Grind" demo 1996. Now you have a chance to complete your POD discography with some of their best stuff ever. 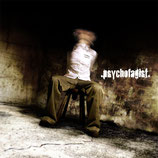 1st full length album of this impressive Italian band that plays a super-twisted and mega-technical Deathcore/ Grind with influences from bands in the vein of THE DILINGER ESCAPE PLAN, CEPHALIC CARNAGE, CONVERGE, ZUBROWSKA... 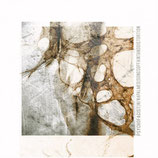 The album is entitled “Songs of Faint and Distortion” and it has been produced with enlarged squad thanx to the collaboration with patriarchs of industrial/powerelectronics Napalmed.

Not a split album, no re-mixes: it's a clash of different ways to conceive the most extreme audio deviations. 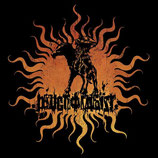 After four ep's the psyc[ho]rde's ready to launch its second full scream: "Il secondo tragico". The involved sound degenerated in rather untested re-structured ANTI-MUSIC NO-GRIND. You'll be dragged in the age of fertility tribal rituals, where the arts didn't know rules or staffs. Sub-homosapiens violence devoted to impregnate your mind with noise-genes.

001 The slaves of Fantomas, Locust and Brutal Truth are warned!