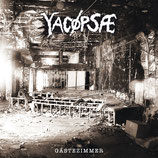 Almost 25 years of YACØPSÆ … Time for a tribute? Not at all! The band still like the AMEBIX slogan: "No gods, no masters"! Nevertheless, YACØPSÆ was always well-known for brewing out some freaky ideas (just check their huge output and you'll know what we mean), so the concept of a "Guest room" EP was born, whilst we were hanging around somewhere and joking about how to celebrate the "next" anniversary! Actually, no big deal … Eventually, the band invited a bunch of different people from around the globe to "sing" for them. 15 tracks, each one lasting about 30 seconds, and placed twice (subdivided in two sides: male/ female). All participants had to create own lyrics and to record the vocals by their own. In addition, each person needed to write down a few neutral sentences about the very first encounter with YACØPSÆ, and sending a photo. Basically, the whole idea is not that new or original, though the list of our guests is impressive, so here we go:

Additionally, a bunch of 45 kids in the age between 3 and 5 years is singing "Brother Jakob" in five different speeches (German, English, French, Turkish, and Spanish). Think about where we got our name from, eh? Stoffel went to a friend's kindergarten to organize the huge choir of cute and awesome kids, and to record the tracks, exclusively. The stuff will be used as intro, midtro and outro. 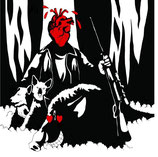 The Yattaï's "Fast Music means Love" one-sided LP is now released on CD version. CD contain the 16 tracks form the LP and 5 new ones, recorded for this release. It also contains the 23 tracks from the "Alive and Lovin'" tape. Bert, guitarist of the mighty GRÜNT GRÜNT crew, made a new artwork to keep it fresh. Don't expect anything else than 44 blast hymns for grindheads! Recommended for fans of: Quattro Stagioni, Hellnation, Magrudergrind, Hatred Surge. 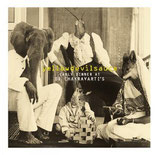 Alternative/ grunge rock from Greece! The bands' heavy rock sound is mainly influenced by the Seattle scene, as well as bands like Tool and Stone temple pilots.