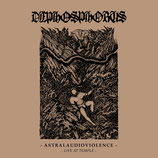 Recorded during the "Impossible Orbits" release gig at Temple, Athens, 27/01/2018 - a 3 Shades Of Black and Temple Production.

ALL HAILS to those that attended and astrogrind maniacs worldwide! 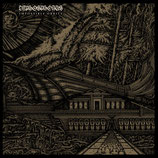 “CALVIN: If people sat outside and looked at the stars each night, I’ll bet they’d live a lot differently.
HOBBES: How so?
CALVIN: Well, when you look into infinity, you realize that there are more important things than what people do all day.”

With 6 vinyl releases spanning from 2011 to 2015, the Athenians are embarked on a cosmic quest. Their concept and aesthetics draw influences from cosmology, astronomy and science fiction literature, as well as the associated sociopolitical and existential repercussions.
Being impossible to describe their music style by using one or two genre references, they have chosen to call it “astrogrind”.

“Impossible Orbits”is Dephosphorus’ 3rdalbum and their darker and more violent effort to date – both musically and lyrically. Its 9 tracks clocking at under 30’, see them return to a more condensed form of expression, not unlike their critically acclaimed “Axiom”debut mini-LP.

The similarities with the latter do not stop there, as Panos Alexiadishas been once again on boardhandling the live electronics and putting an extra eerie touch to the record’s atmosphere.

“Impossible Orbits”has been recorded and mixed analogically at Unreal Studios. The artwork has been hand drawn by Viral Graphics.

Notorious grindcore label from Poland, Selfmadegod Records, has released the CD and cassette versions in June 2017, while digital copies are distributed directly though the band’s Bandcamp page.

PRESS
"” (…) So where does the “astrogrind” thing fit in? Why even bother to coin such a term? There is a space-y, otherworldly, extradimensional feel to the band. Like there’s some sort of space opera being woven within our ears. It’s not a psychedelic thing though. After you hear it, it makes sense, but on paper it’s difficult to describe. Dephosphorus weave some intricate and incredible tracks. (…) This is next level grind.”" (Metal Injection)

"(...) So what does this all sound like? Well, if you sent anarchists out into the farthest reaches of the galaxy to form space-squats, they would play some sort of cosmic crust-grind, altered by the journey: the genre’s dystopian anger transmuted into fervent hunger for a real future, and wide-eyed reverence for the approaching stars. (....)" (The Quietus)

"(...) The band exists between dimensions; thematically with their sci-fi influences, but also sonically. It is a balancing act between different worlds of extreme metal. From the brutality of death metal and the volatility of grindcore, to the venomous touch of blackened influences and the attitude of hardcore, Dephosphorus mould these diverse worlds into a fiery result. (...)" (Cvlt Nation)

<<< (...) It is impossible not to be impressed by this third demonstration of strength of the Greeks, which indeed seems to be the most intense and convincing of their career. (...)"  (Metalnews . fr) 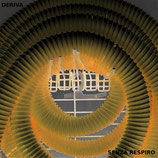 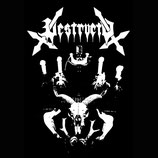